We don't know when emergencies will occur, so it’s always good time to consider emergency preparedness.

Hurricanes Harvey, Irma and Maria in 2017 put thousands of emergency plans to the test across the southeast US and Caribbean, as some of the region's strongest hurricanes ever recorded.

However, psychology suggests that as time goes by, we may again underestimate the risk of such a catastrophe recurring.

Our perception of risk is a funny thing. Before September 2017, the Atlantic hadn’t seen such a weather alignment since 12 years prior, so you’d be forgiven for thinking it was unexpected. But risk managers know that in fact, the risk had been building for some time.

Emergency preparedness is a diverse field that EHS managers are often responsible for, but struggle to find time for. To plan better and understand more about why natural disasters catch us off-guard, we can draw insight from psychology.

The Example Rule – our perception of risk

After a major earthquake, sales of earthquake insurance surge. Over time, people stop investing as the effects of the natural disaster become a distant memory.

In fact, after a major earthquake the chance of another occurring drops way down, and over time it gradually increases again.

How easy something is to recall affects how our brains perceive the risk of repeat today. This is called the Example Rule. It’s something that many businesses across the southern United States perhaps felt the consequences of in September 2017.

The Example Rule is the theory that the easier someone can think of examples of something, the more common they judge that thing to be. Therefore, as time marches on, it is easy to underestimate the importance of having an up to date emergency plan for natural disasters.

Insurance company FM Global conducted a survey to assess the impact of 2017 hurricanes on companies in Texas, Florida or Puerto Rico. The results support the hypothesis of the Example Rule. Of those impacted, 62% admitted they were “not completely prepared” to deal with the effects. Other conclusions include:

The next test will be whether these organizations are still investing in risk management and emergency preparedness in another twelve years’ time.

And it’s not just large-scale events that are affected by the Example Rule.

Following an incident, safety suddenly becomes the primary focus of everyone. Then complacency creeps back in after several months. This is something Industrial Safety Manager at the US Army, David W. Folk Ph.D, has studied.

“In all my years of private industry and enforcement experience, no employer has been able to maintain the accident prevention efforts trend at the peak level found immediately following a major accident. However, with the knowledge that this gradual decline is inevitable, the safety professional should strive to obtain top management's commitment to maintaining a level of accident prevention efforts just below the peak performance level.” – David W. Folk, Ph.D on OHS Online

Folk recommends adopting an aviation pilot’s mindset in order to sustain a high level of dedication to safety. Aviation is an industry we’ve written about in the past as being a leader in safety standards.

Moreover, preparing for an emergency is not achieved overnight.

Exxon Mobil, Shell and Anadarko Petroleum all shut operations and evacuated offshore platforms in the Gulf of Mexico at least 24 hours before Harvey was due.

However, especially in organizations like these with mid- to high-risk operations, preparing for emergencies is something that starts long before an emergency is on the horizon.

The Example Rule at Arkema in Crosby, Texas

An August hurricane in Texas is not necessarily a surprise. It was the flooding that caught Texans off-guard in 2017, especially in the city of Houston.

The head of FEMA described the devastating impact of Harvey as something unprecedented that we “could not draw [up]”.

In just one example, a series of explosions were set into motion by flooding at a chemical plant owned by Arkema, previously identified as one of the most hazardous sites in the state.

In Crosby, Arkema did not “anticipate having six feet of water in our plant,” resulting in the failure of refrigerators that kept chemicals cool and stable. In the following days, investigators raised questions over whether Arkema could have done more to prevent the blasts that produced harmful smoke sending 15 safety officers to hospital.

Companies certainly can’t put countermeasures in for everything, and some level of risk must be tolerated. However, taking heed of risk assessment findings is a sensible response, and one that may have prevented the explosions in Crosby.

An investigation by the Chemical Safety Board found that Arkema did “not document any flooding risk” in their assessments of the area where chemicals were stored. And again, unfortunately, we see the Example Rule at play:

“Although the Arkema Crosby facility had a history of flooding over the past 40 years, long-term employees could not recall floodwater occurring higher than two feet before Hurricane Harvey. As a result, Arkema did not consider flooding of its safety systems to be a credible risk,” – Organic Peroxide Decomposition, Release, and Fire at Arkema Crosby Following Hurricane Harvey Flooding, CSB (2018)

Harnessing a combination of data sources

Ultimately, how you prepare for an emergency will influence the effectiveness of your response.

Being ready involves knowing the risks onsite, which can be achieved through proper management of Safety Data Sheets (SDSs), Risk Assessments, and Inspections. Information gathered from incident investigations and safety observations may also be useful in informing EHS managers on what to expect in emergency circumstances.

Storing SDSs online within an easily accessible Document Management System is crucial, as physical records may become inaccessible during an emergency. With a searchable library you will be able to provide emergency responders the information they need in a timely manner.

However, SDSs can be very complex documents traditionally made for occupational hygienists. Maintaining an SDS dashboard that shows pertinent information in columns is a simple way of giving users the information they need in an emergency, fast.

Risk Assessments should also be used to inform your emergency preparations.

There are various types of assessment, including task-based assessments, organizational risk assessments reviewing overall operations, and vulnerability assessments which focus on the impact that an event, typically an emergency, would have on the business.

Keeping track of the Risk Assessments that are in place across your sites is essential for effective emergency preparedness. This can be achieved with the use of Risk Assessment Software.

Understanding the hazards present, including those posed by chemicals detailed by SDSs, will influence what actions are taken in an emergency.

For example, in the case of Arkema at Crosby, workers knew to bring organic peroxides from the warehouse into refrigerated trailers to be moved to a high elevation area. However, some trailers were unable to be moved, thus they eventually flooded and failed. This may have been avoided had the company conducted more extensive risk assessments and follow ups after their insurance company flagged a flood risk in 2016.

Checking the compliance of all locations through frequent workplace inspections is another part of the emergency preparedness puzzle.

An inspection will help uncover potential issues before they become an issue in an emergency, such as inventory that is not stored correctly or faulty electrical equipment. Findings should be recorded in an Audits & Inspections software system so that in an emergency, you know the compliance status of all your locations and can act appropriately.

It goes without saying that effectively following up on all inadequate findings in a timely manner will go a long way in preparing individual sites for an emergency.

Getting creative with Murphy’s Law

In that respect, getting workers to come up with disaster scenarios can be extremely valuable. Some ideas may be downright crazy, but that’s part of the fun; others will be worth planning for.

All in all, preparing for emergencies requires a combination of data from various sources and is something that should be revisited regularly. Although disruptive, you may also consider organizing drills which will certainly help instil emergency procedures into everyone’s brains and stave off the effects of the Example Rule.

The response to hurricanes Harvey, Irma and Maria was an impressive coordination of agencies, businesses and civilians.

In responding to an emergency, organizations will feel the effectiveness of their preparations. Although the EPA has mobile assets to gather data post-disaster, the information that businesses can provide about site hazards is golden.

Have chemicals been labelled properly? Were appropriate hazard controls put in place before the disaster? Were corrective actions fulfilled from the most recent site inspection? All providing helpful pointers on how to respond.

The journey of emergency management has been a reactive one. There have been numerous events throughout history that have advanced our efforts to control risk and respond to disaster.

The National Response Framework (US) was established in 2008 following a series of disasters – operating on the premise that effective incident response is the shared responsibility of government, the private sector, NGOs and citizens.

With every catastrophic event comes lessons, and we will never stop learning.

Those responding to US hurricanes in 2017 were able to draw upon the country’s previous experience of Hurricane Katrina, with improvements such as:

From Irma, one aviation specialist analyzing the response highlighted the value of both old and new technology:

In Florida, cell towers were out of service with many emergency responders left without the means for quick communication, but landlines in the Keys continued to work, as did walkie talkies. On the other hand, drones were used by Oil & Gas and Railroad companies to spot damage to structures.

Considering these types of tech (both old and new!) could help your organization better cope with disaster.

The role of EHS software in emergency preparedness

Emergency preparedness takes a lot of time and effort and relies on communication between several parties within and external to the business.

Therefore, planning and response is largely underpinned by a robust EHS software platform that houses relevant, up to date information in one place.

Most EHS solutions today provide functionality for Risk Assessment, Inspections, Safety Data Sheets, Incident Management and Safety Observations, as well as for Action Management and Business Intelligence. Information gathered by all these practices is highly useful in emergency preparedness.

As hurricane season comes around every year, it's always a topical time to make sure you have emergency plans in place – but preparedness should start long before it’s required in order to prove the Example Rule wrong. 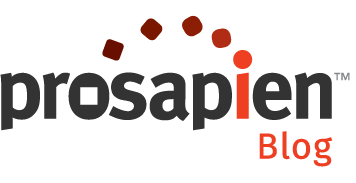