Every year OSHA releases a list of its Top 10 most frequently cited workplace safety violations, and every year we see the usual suspects: fall protection, hazard communications, respiratory protection, and scaffolding. All of these violations are a real threat to the health and safety of workers on the job site, but the most dangerous issue is not one that can be seen by OSHA inspectors or your Safety Director, and that’s worker fatigue.

When workers are fatigued they suffer from decreased alertness which can have several safety-related consequences, including slowed reaction time, reduced vigilance, reduced decision-making ability, poor judgment, distraction during complex tasks and loss of awareness in critical situations. In 2013, 80 known deaths worldwide in the industry were reported due to varying reasons, with 47 onshore and 33 offshore. Studies have identified a connection between fatigue and work-related injuries. The performance impairments attributable to fatigue lead to an increased risk of errors, accidents and injuries, especially in high risk safety-critical environments. Excessively sleepy or fatigued workers are 70% more likely to be involved in industrial accidents than alert, well-rested individuals.

What is Worker Fatigue?

Worker Fatigue is more than just missing a few hours of sleep, it’s a state of physical and/or mental exhaustion, which reduces a person’s ability to perform work safely and effectively. According to the Harvard Medical School, evidence suggests that for optimum health and function the average adult should get seven to nine hours of sleep daily. Fatigue reduces alertness, which may lead to errors, and an increase in workplace incidents and injuries. There are various causes of fatigue in workers, including:

Sleep disruption: The most beneficial sleep is deep, undisturbed and taken in a single continuous period. When the length and quality of sleep each day is disrupted, fatigue may result.

Environmental conditions: Climate extremes such as working outside in winter, noise and handling vibrating tools place demands on workers and increase fatigue.

Physical and mental work demands: People who work in the Construction or Oil and Gas Industry are at risk of suffering from fatigue on a daily basis. The work can be physically and mentally demanding which can increase fatigue, for example, tasks that require periods of intense concentration. Some of the most devastating accidents have occurred in part because of worker fatigue. 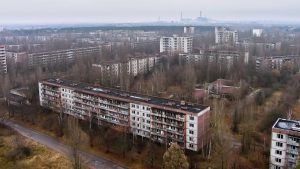 Chernobyl is notorious for being the World’s worst nuclear disaster. The power plant exploded on April 26th, 1986, displacing millions of people from their homes. Worker Fatigue is not the direct cause of the disaster, but it was noted that engineers involved had been working for 13 hours or more. The number of deaths attributed to the explosion over the next 15 years proved difficult to quantify. “In reality, the actual number of deaths caused by this accident is unlikely ever to be precisely known,” the World Health Organization wrote in a 2006 report. 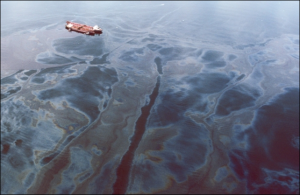 The Exxon Valdez Oil Tanker was heading to Long Beach California from Alaska when the ship smashed into the Bligh Reef and emptied 38 million gallons of oil into the ocean. There are three main factors that contributed to the disaster. The first factor is the Exxon Shipping Company failed to provide a rested and sufficient crew for Exxon Valdez. The second factor is the third mate failed to properly maneuver the vessel, possibly due to fatigue or excessive workload. The third factor is the failure of the Exxon Shipping Company to properly maintain the Raytheon Collision Avoidance System (RAYCAS) radar, which, if functional, would have indicated to the third mate an impending collision with the Bligh Reef. 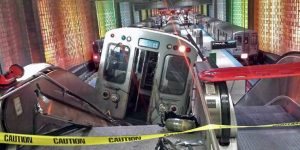 One of the most recent example of Worker Fatigue related disasters is the Chicago Transit Authority (CTA) Blue Line train derailment in Chicago in 2014. The crash injured 30 people and caused over 9 million dollars of damage to the train station. Brittney Haywood was the conductor on the train that night, she was working the overnight shift after just finishing working 10 of the past 11 days. After the crash, the CTA changed how rail operators are scheduled, even though the transit agency maintained that Haywood’s work schedule should not have resulted in fatigue affecting her performance.

Workers believe that a single extended night of sleep will help them recover from chronic sleep loss, but recent studies have shown that this is not the case. Dr. Lawrence J. Epstein, regional medical director of the Harvard-affiliated Sleep Health Centers advises us to avoid regarding sleep as an indulgence or luxury. Employers can do everything in their power to ensure that workers have a safe work environment. But it’s the responsibility of the worker to ensure that they are fit to be on the job site in the first place, and that means ensuring they get adequate sleep before each shift. Dr. Epstein offered up the following advice to repaying your sleep debt:

Address a long-term debt: Plan a vacation with a light schedule and few obligations. Then, turn off the alarm clock and just sleep every night until you awake naturally.

Avoid backsliding into a new debt cycle: Once you’ve determined how much sleep you really need, factor it into your daily schedule. Try to go to bed and get up at the same time every day — at the very least, on weekdays.

Settle short-term debt: If you missed 10 hours of sleep over the course of a week, add three to four extra sleep hours on the weekend and an extra hour or two per night the following week until you have repaid the debt fully.

HSEQ Innovate is a flexible, enterprise class EHS solutions suite on SharePoint or Office 365. Download the product brochure and find out how our software works.