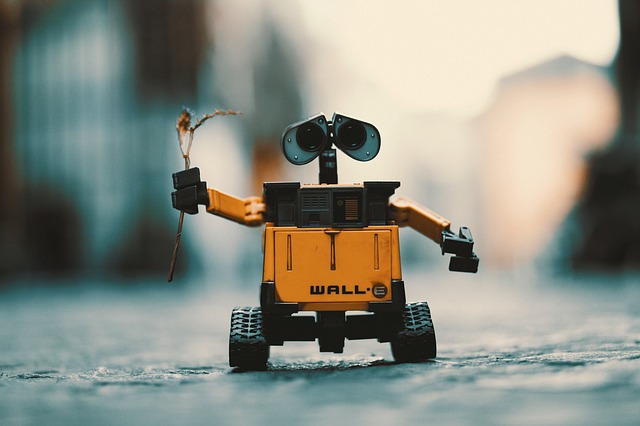 Since the 1950’s artificial intelligence has been continuing to advance. Particularly in the past few years, AI has made its way, in one for or another, into the lives of the general population. As we’ve watched this technology progress, the controversy over whether or not its development should continue rages on. To get a grip on where AI is at now, and the forecast of where it’s headed, we’re breaking down the journey of artificial intelligence since the turn of the century.

Traditionally, autonomous robots were designed to operate remotely from humans. They were designed to perform hazardous, tedious tasks. However, in the new millennium an interest in expanding artificially intelligent bots kicked off a series of remarkable developments. Researchers began focusing on engineering robots that could interact and cooperate with people as opposed to just taking orders from them.

Japanese automobile giant Honda took the lead in showing the world the first two-legged, walking humanoid in the early 2000s. ASIMO was created as an entirely new kind of robot that could function in society and serve as a partner to people. The next stage in humanoid robots added social abilities. Researchers from MIT engineered a smart bot capable of socially interacting with people and demonstrating emotional expressions named Kismet. Both bots were revolutionary in the field of AI and contributed to further research on the potential this technology harbors.

Within the same general time period, new achievements in machine reading were developed. Autonomous understanding of text was refined and the first mass produced autonomous robotic vacuum was introduced. Roomba took the public by storm as one of the first AI machines to become available to the everyday household and demonstrate how the technology can streamline daily tasks.

In 2010 the world was introduced to the first intelligent personal assistant. It was incorporated right into Apple’s iPhone 4s. Siri was created to serve as a “do engine”, allowing people to hold conversations with the internet and receive instant answers to voice search queries. Utilized for directions, hands-free call and text, reminders and more, Siri was a real breakthrough in the quest to incorporate AI into our daily lives. By 2014 Amazon released a rival 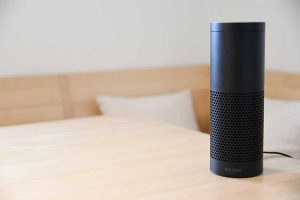 smart speaker meant to serve as a personal home assistant, known as Alexa. With two of the largest corporations in the world offering AI powered assistants, it wasn’t long before they took the world by storm.

In a study by NPR and Edison Research, it’s estimated that 16 percent of Americans own a smart speaker, equaling out to around 39 million people. The capabilities of these intelligent assistants have continued to advance over the past several years, enabling the average person to convert their entire home into an intelligently connected hub. Now with Alexa and Google Home, a simple “good morning” statement can turn on your coffee maker, play your favorite song and give you the weather forecast.

Expanding beyond personal use, AI for businesses has demonstrated notable benefits as well. Improving customer experience and engagement across a number of platforms, chatbots encourage the use of messenger apps outside just social media. Powered by machine learning, chatbots understand the intent of the words spoken to them and continuously get smarter from the conversations they have with people. This has proven incredibly beneficial for companies who are using chatbots as customer support assistants. They are available 24/7 and can effectively handle almost any issue they’re presented with. 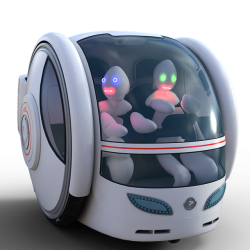 Considering the positive feedback AI technology is receiving, we can expect continued advancement for years to come. Although it’s still relatively unclear in terms of a timeline, the next major AI breakthrough on the horizon will be autonomous vehicles. As of late 2017, reports claimed a total of nearly $80 billion has been invested in autonomous technology by various car manufacturers, so self-driving cars will be in our future in one way or another.

In a more general sense, the future of AI will see vast improvements in its ability to communicate with humans. Through machine learning and recognition improvements, AI and robots will be easier to use and offer more functionality. The recently announced development of Google Duplex for example, enables AI to converse like a human, and actually make phone calls on its users behalf. As this technology is already in the works, the expectation of future AI robots is even greater.

Another expectation of future AI revolves around its impact on the world’s workforce. Smart automation will continue to advance and undoubtedly eliminate most manual labor in business. Darktrace Director for Cyber Intelligence and Analysis Justin Fier predicts AI will act as a force multiplier, helping humans allocate resources and prioritize effectively—augmenting human jobs rather than replacing them.

There is no downplaying the impact AI has made so far, and the effects it will continue to have on our lives. Technology is progressing at a rate like never before and with some of the largest corporations in the world backing continued research of AI, the future is bound to introduce some incredible technology.