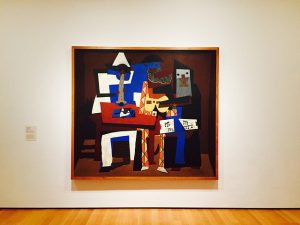 The latest of our guest blogs for #IMM2016 is reprinted here by kind permission of Dave Collins at safetyrisk.net. In this article, Social Psychology expert Dr. Rob Long, Principle Trainer at Human Dymensions, discusses incident investigation and the limits of risk imagination.

‘Everything you can imagine is real’ – Pablo Picasso

I often get asked to investigate incidents from a cultural perspective. Whilst, most investigations focus on physical detail and sequence, I explore cultural and psychological causes. This is undertaken within the framework that incident investigations are about ‘fact finding’ not ‘fault finding'.

Whilst all of the physical elements of investigation are most necessary I take a particular focus on what cultural factors contributed to a physical outcome. I recently supported an organisation investigating their Lost Time Injuries (LTIs) over a 10 year period and determined that 90% of all their LTIs were primarily caused by psychosocial and culture factors. Their investigations has attributed causation to 90% physical factors.

Most of the key elements of what makes up culture are hidden. Culture is detected through physical indicators such as; symbols, artifacts, language, discourse, appearance and behavior. Culture is about these things but much more about the attitudes, values, mentalities and beliefs that are embedded in them.

So what do we know about imagination? Imagination steps beyond the confines of obedience and submission to standards, it understands them as a minimum. Imagination comes from experience, trial and error, play, experimentation, the vitality of faith, inquiry, critical thinking, storytelling, invention, creativity, reflection and the wisdom of what Weick calls ‘bricolage’.

Checklist thinking can only think about what’s in the checklist. In the case of this recent incident I investigated, there was no question in the safe work method statement about wind or changes in temperature, changes in climate or changes in combinations of these elements and so no one on the job could ‘imagine’ that these things would trigger a collapse. The learning and encouragement of imagination is not on the radar of many organisations. The enemy of imagination is busyness.

Just look at the last 20 OHS conferences you have heard about and see if the topic of the imagination is present in discussions about hazards, risk and safety?

I love spending time with my two granddaughters, one is 2 and the other 4 years of age. We play imagination games all the time: we make objects into mermaids; we become cats and dogs from cartoons; we sails across waters to the cubby house and hide in the corner of the bedroom from monsters. If we can think of it, we become it. The early years of childhood are all about imagination and it’s only later that our school system tries to knock such thinking out of them. It’s then we commence devaluing the imagination subjects such as art and music and elevate the importance of maths and science. By the time we get to our first occupation art and music are relegated for the majority of us to hobby status. Who would have thought that the same skills we engage in our hobbies would be so vital in making sense of risk. 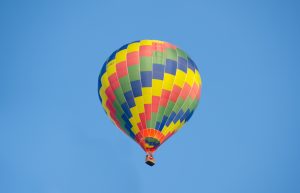 I heard of a large company the other day after a series of incidents whose only solution to the problem of conformity to safe work method statements was to invent a checklist to check the checklist and then audit the checklist that was used to check the original checklist. Confused? Maybe not, but I’m sure the workers are. When we have 3000 safe work method statements on site and each one is 50 pages, we need to stop and ask what we are doing to ourselves and our imagination.

When it comes to the imagination and risk, here are a few things to consider, we need to:

Finally, we could spend a bit more time with our little kids and start practicing a way of thinking we have devalued for far too long and bring some fun back into making sense of risk.