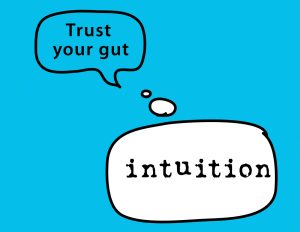 In another of our guest blogs for Incident Management Month, John Dony of the National Safety Council gives his thoughts on one of the key elements of thorough incident management; leading indicators, and trusting our instincts as well as the data we collect.

Picture this – you’re playing a game in which the goal is to make as much money as possible. The rules of the game are simple. There are two decks of cards to choose from. Deck one has cards that give you big wins and losses, but is stacked against you. Deck two has cards that give you smaller wins and losses, but is stacked in your favor. How long would it take you to determine which deck was safer to draw from?

Researchers at the University of Iowa performed an experiment* to find out. On average, it took 50 cards before people had a “hunch” about which deck was safer, and 80 before they could describe why. Yet after just 10 cards, the sweat glands on subjects’ palms opened every time they reached for the riskier deck. What’s more, most people in the study began to subconsciously favor the safer deck at around the same time.

Dozens of other studies – on investing, car-buying, even cancer treatment – have shown similar results. This phenomenon – “deciding advantageously before knowing” – or, in plain English, “intuition” – has even been the subject of best-selling books.

In the world of EHS, we tend to favor data over hunches. We seek to correlate data with outcomes so that we can follow trends, tell our story, even justify our existence. As our access to and analysis of data has grown in scope and sophistication, we’ve doubled down on it. We look to software and algorithms to make sense of our increasingly complex data and identify the patterns that we no longer have the time to look for. 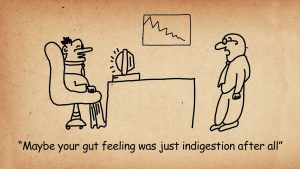 We’ve done the research – for nearly five years, the Campbell Institute has been studying* organizations on the leading edge of predictive metrics. We’ve seen companies with fantastic indicators programs, service providers who can pinpoint future incidents to a scarily accurate level.

Yet time and again, I’ve heard the same story: an EHS leader heads to a site to do an audit. The metrics are on track, the paper looks good, the answers sound great – but something bugs him or her. Something feels “wrong.” A month (or a day) later, someone at the facility gets seriously hurt.
All of this leads me to ask – why are we failing to use the most powerful analytical tools we have access to – our brains? This isn’t to say that we should make critical decisions based on guesses or gut feelings, but I do think we should be doing two very important things:

Two examples from Campbell Institute members may shed some light.

One member noticed that their incidents in a certain region looked a little strange, with a large number of days away for those around early middle age. No computer model alerted the EHS leader to this information – he spent time looking at the raw data prior to a trip to the region. Digging deeper, he found that the local culture encouraged those around that age to “call it quits” when injured on the job and move on to less formal work.

Another member anecdotally noticed that there were common precursors behind their incidents – long gaps in leadership positions at the site level, for instance, or increased overtime hours. None of these were earth-shattering conclusions, but the EHS leader took it upon himself to create a “flag” system to track this “soft risk.” This basic system led to a formalized metrics program in which the flags became metrics that are now tracked at the corporate level.

It’s as simple as that – asking a human question, trusting a gut feeling. When the decks of cards are lives, we need to use every tool at our disposal to make the right decisions.

The next time you get sweaty palms, figure out why.