Armed robberies, disputes over property ownership and the discovery of a dead body in a river. Sounds like a dramatic episode of Desperate Housewives – but this is all in a few day’s work for Pokémon GO players around the world. The new mobile game from Nintendo is quite literally “catching ‘em all”, dominating game charts in the U.S. by simultaneously appealing to young audiences and sending 20-30 year olds into a frenzy as they reminisce the 1990s Japanese TV hit show. Unashamedly, myself included. But in wake of the abstract app's success, there's been some very real safety problems. In spite of those safety problems, there could also be a cryptic opportunity for safety management. 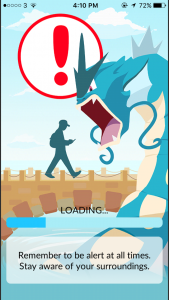 The game works by overlaying animated Pokémon (“pocket monsters”) onto real-life situations through the use of your smartphone’s camera. Players catch the creatures by swiping their in-game Pokéball, and can track other fictional Pokémon in the area through their phone’s GPRS. There’s even designated areas such as churches and landmarks that are deemed as “Gyms”, where players can go to train their Pokémon. It’s pretty cool, but it also comes with a “enjoy responsibly” warning.

So far we’ve seen people’s homes marked as communal Gyms, robbers use the game to lure players to remote places before mugging them, and a police station in Australia subject to players wanting to hunt inside the premises for a much-desired Pikachu (yep – he’s the yellow one and probably the most in-demand guy in the world right now). One player in Wyoming even stumbled across a dead body whilst searching for a “water” Pokémon – unsurprisingly, the incident isn’t deterring her from the game. People are already spending more time on Pokémon GO than WhatsApp, Snapchat or Instagram, and the app has attracted 7.5M users within the space of 5 days. It’s a whole new level of augmented reality obsession that has added more than $7BN to Nintendo’s value.

In among the fun there are some serious safety issues here. People are climbing into gardens, wandering off the beaten track and sustaining injuries from their avid searches. On my travels through the city earlier I stumbled across a Bulbasaur on West Nile Street, in the middle of the road – no points for figuring out why that’s dangerous. Especially in built up areas, there’s construction sites left right and center curbside that a Pokémon may decide to inhabit – “Ah! It’s the rare Snorlax! I must climb over this fence without the appropriate PPE or the correct permissions, ignoring the Restricted Access signs, so that I can catch it!” – I doubt this exact wording would run through a Pokémon GO player’s mind, but you get the gist. Police in Virginia have also noted and warned against this trespassing problem.

If you’re concerned about your kids playing the addictive game, make sure they’re aware of how to play it safely. Always travel in groups to unfamiliar or remote locations, be aware of your surroundings, never play while driving and remember that even Pikachu isn’t worth an injury… 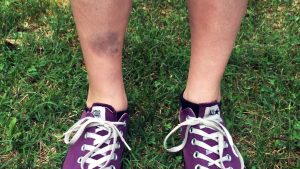 The prominent concern just now may be the injuries people could incur whilst either being very aware of (climbing over walls) or very unaware of (walking straight into lampposts) their surroundings, but perhaps this augmented reality is a glimpse into future advancements that could actually benefit EHS. Could such technology be used to simulate hazards as a form of health and safety awareness training, or even to relive and interact with the circumstances leading up to an incident? Pokémon GO itself may not be revolutionary for safety management, but the technology behind it is showing us new ways of mixing reality with programming. The entertainment industry may have just presented us a beta-stage tool that we could soon see utilized for safety, medicine, manufacturing and more.

Similarly, if applications using this technology are going to become more common in the workplace, that's yet another challenge to add to the safety manager's list. People mesmerized by devices, whether it be their personal phone or a tablet they are using to control a certain piece of machinery, are likely to be a hazard themselves. The last thing a construction site needs is someone falling into a ditch because they weren't watching where they were walking whilst programming a crane to pick up two tonnes of concrete. A new kind of hazard: unaware humans, which we all know is a high possibility judging by the last few day's antics.

So as to not get too involved in what could be a very deep subject in a mere blog post about fictional monsters in our phones, I guess what I’m saying here boils down to two things:

Either way, safety management can expect to change in coming years with the exponential growth in technological advancements. Whether the changes make life easier or harder is an issue for the future but one we should be considering and trying to shape in coming years, or even months. Of course for now, all these Pokémon lurking around are a health and safety hazard – GO catch ‘em all responsibly to save the world from devastation! (Team Rocket are blasting off again!)

Can you think of another way this technology could be used in safety management? I'd love to hear your thoughts in the comments section below.