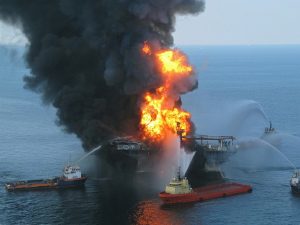 As a health and safety leader, you are probably aware of the history of the Deepwater Horizon Oil Spill. For those who are not aware, it was the largest marine oil spill in history, the leak initially caused by a blowout of methane gas on the drilling rig Deepwater Horizon. You might have also seen the disaster mentioned again recently, as a Hollywood film based on the incident is currently showing in cinemas. Having seen the trailer, it piqued my interest as a film; however, what drew me to pen this blog was the below advert I saw in a popular free newspaper.

A very informative advertisement for the film, giving wider details of the spill, the resulting social / economic factors and the lawsuits and litigation that followed afterwards. What was missing from the advert was probably the most sobering statistic of all – 11 workers lost their lives, and 17 more suffered injuries. The film itself seemingly ends with photos of each of those who lost their lives as a tribute, but if you watch the trailer and read the advertisement the human cost seems to take second place to the Hollywood narrative (or at least it isn’t part of the promotional message). In a way it is to be expected, as we know that individual stories play more with our emotions, thus getting bums in seats, in other words, than numbers do. 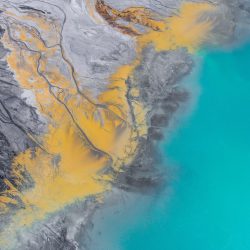 From a health and safety point of view, it should also be a reminder that unfortunately accidents can happen at any time, even in highly regulated industries where the most care is consistently taken. Sadly, often it takes a Hollywood movie, documentary or TV series to expose truths and highlight injustices (the Netflix show Making A Murder is a good and highly controversial example of this). The same is sometimes required to highlight much-needed changes in terms of safety management. However, you as an EHS professional can take the lead on this and ensure your organization is performing well in safety.

"Everything is unprecedented until it happens for the first time"

Hollywood is no stranger to making movies based on real-life disasters or accidents: Titanic, Unstoppable, The Impossible, Apollo 13 are some well-known examples. All of these movies have a common theme at the core, bar the human interest stories: that things can go wrong, we can’t always predict when, and that there are not always the procedures in place to avert disaster.

What can be done to avoid such situations? Here are a few tips we've gathered from EHS management in past research:

In other words, ensure that your company has a strong safety culture based on mutual responsibility, blame-free reporting, fast but considered responses and knowing what works best for your own unique organization (see our blog on safety culture for more details on how to achieve this).

The owner of the Deepwater Horizon rig, Transocean, claimed they had a “strong overall” safety record as a company, and that in fact the Deepwater rig had recently been heralded by the Minerals Management Service (now part of the BOEM) as a "model of safety". However, it was later revealed that between 2008 and 2010, even though Transocean owned only 40% of all rigs in the Gulf, their rigs saw almost 75% of all accidents reported. Ultimately, the safety issues surrounding the accident and aftermath of the oil spill saw multiple litigations be undertaken. This is an additional reason to ensure that safety is paramount at all times and you are protected against risk.

Contact us if you would like more information on our EHS software – together we can help make your organization safer, as unlike a Hollywood blockbuster, there might not be a happy ending.