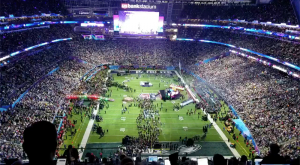 This weekend sees Super Bowl LI (that’s 51) take place in Houston’s NRG stadium, where almost 72,000 fans will see the New England Patriots take on the Atlanta Falcons. Here in the UK, American Football is now ranked the 7th most popular sport in the country, with NFL games now being played at Wembley and more and more Super Bowl parties taking place. However, to some, it will always be the time of year when all the really good film trailers come out and someone performs at the halftime show (Lady GaGa this year, music fans). Of course, it wouldn’t be a Pro-Sapien blog without a health and safety angle, so here are some little snippets around Super Bowl Sunday (loosely!) based on an EHS perspective: 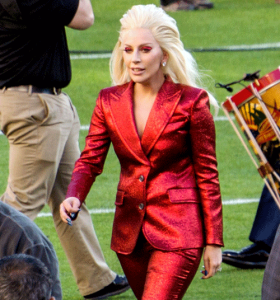 As mentioned previously, Lady GaGa will be this year's performer during the legendary halftime show. Various reports have stated that she wants to perform some of her set from atop the roof of the NRG Stadium’s dome. (It is no ordinary roof by the way. Not only was it the first retractable roof in the NFL, but it is also made of a special fabric which can cover the entire stadium in around seven minutes). The New York Post reports that so called “insiders” are concerned about both technical and health and safety issues surrounding the stunt, though GaGa herself is supposedly keen to go ahead (I guess she was just Born This Way..). Sounds like a definite need for some sound risk assessment planning! We look forward to seeing her show this weekend.

Talking of risk assessments, they of course need to be all-encompassing and ensure they take into account the most likely and least likely of events. In 2016 for Super Bowl 50, the Santa Clara Department of Health held various training exercises for its staff, including a “Mass Mayhem” scenario to plan for a large scale emergency or disaster relating to contaminated food. Food safety is of course a paramount factor in a stadium feeding potentially over 70,000 hungry sports fans. Other factors such as adverse weather and more general health and safety need to be accounted for too: in fact, for Super Bowl XLVIII in 2013, over 100 government agencies came together to ensure the safe running of the event. That's a lot of people!

The Super Bowl is also a massive energy drain in the United States. If you added the cost of all the energy used to power the estimated 30 million televisions tuned in, along with all the fridges and lighting, plus stadium lighting, halftime show production, transporting people to and from stadiums, it would come in at around $25 million. It uses 75.5 GWh of energy as well. Monitoring your energy consumption is very important, both in the home and in business: as Michael McDonald of Oilprice.com says, the Super Bowl is more expensive for America, and the environment, than most people realize.

If you want your EHS processes be a sound defensive unit for your work force, yet offer an offensive line of solid reporting and incident management, be sure to huddle with us: get in touch(down) and take a punt on Pro-Sapien’s EHS software.

Did you miss our webinar on Risk Assessment with SharePoint?

Not to worry! We've recorded the entire session. Get recording today and learn more about EH&S system needs analysis with Don Smith from JSA Services before Pro-Sapien's Andy Gray takes you through our Risk Management software on SharePoint.