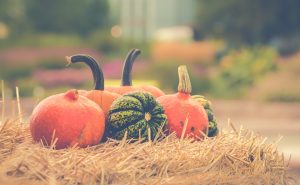 As the title says, this is the Thanksgiving weekend. Although around one in three of you will be working, we hope that you all get to spend a little time with your families and friends over this holiday period.

We are a UK-based company, so the concept of Thanksgiving is often a little lost on us Brits (though we understand the early origins have English connections) – however we do enjoy a good celebration!

As our contribution to the Thanksgiving weekend, we thought it might be nice to highlight what those working in EHS have to be thankful for:

The workplace is safer than it has ever been 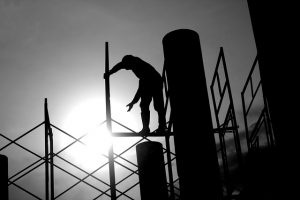 This might seem a given (especially judging by the above picture – please speak to your EHS manager if you are working under such conditions!) though it might be hard to quantify why or how this is the case. If we take the last 50 years as our benchmark, 1970 saw the landmark Occupational Health and Safety Act come into law in the United States. Alongside this, OSHA was established to usher in a new era in US safety and legislation. OSHA undertakes important tasks such as setting the criteria for exposure to hazardous substances through permissible exposure limits, as well as issuing new standards: the latest being the 2016 Improve Tracking of Workplace Injuries and Illnesses standard. (Contact us if you need help in achieving these goals). For those in Europe, 1978 saw the EEC launch its first health and safety action program.

To put some meat on the bones of those legislation changes, in the UK between 1960-1970, 1000 people were killed at work each year – fatalities are now less than 20% of this figure, with workplace injuries now a third of the levels reported during that period. In the United States, before OSHA was created, around 14,000 workers died per year, the figure is now just over a third of that number. I once read that the aim of safety is to make sure everyone gets home at the end of the day – by having such guidelines in place, the chances of this are greatly increased.

We use this phrase loosely (we know some EHS experts are loathed to use it as it is quite a vague term) but ultimately true – businesses are taking safety as more of an achievable priority now than ever. (In fact, we compared having a good safety culture to baking a loaf of bread in this article here). 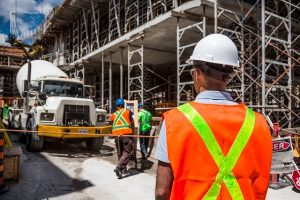 Applying a safety culture applies specifically to senior management – if safety is a priority from the top down, then this is a positive influence on individual workers on the shop floor. Interestingly, the term was first used in the report of one of the worst disasters of all time, Chernobyl. Their definition was "That assembly of characteristics and attitudes in organizations and individuals which establishes that, as an overriding priority, nuclear plant safety issues receive the attention warranted by their significance.”

This is not to state that any major incident is a breakdown of a safety culture – accidents will happen – but ultimately a broken safety culture has been responsible for many of the major process safety disasters over the past 20 years or so. Other features include:

Employers ARE taking notice in improving safety culture. Expectations are being set, the right tools are being put into place and support is available. Organizations as a whole should be thankful that the tides are changing.

Technology is now more commonly in place to save lives, report incidents and near misses

Douglas Adams once said, “We are stuck with technology when what we really want is stuff that works”. To some extent, this is true – how many gadgets claim to make our lives easier but end up sitting in a drawer or go into the attic? In EHS this is probably less true – there are countless vendors of software designed to make the management and reporting of incidents, accidents, and near misses. 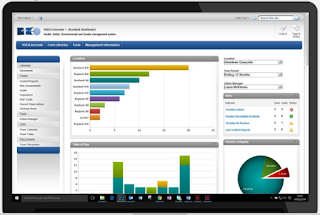 Although we think ours is the best (!), there will be a good fit for your business and industry somewhere. They will be able to ensure your business and organization doesn’t fall into the trap of complacency, such as those featured in the list above.

We are thankful too!

To those who put their lives at risk each day by going to work, we thank YOU. Ultimately, you keep us safe too, so we’ll raise a glass in your honor this Thanksgiving.