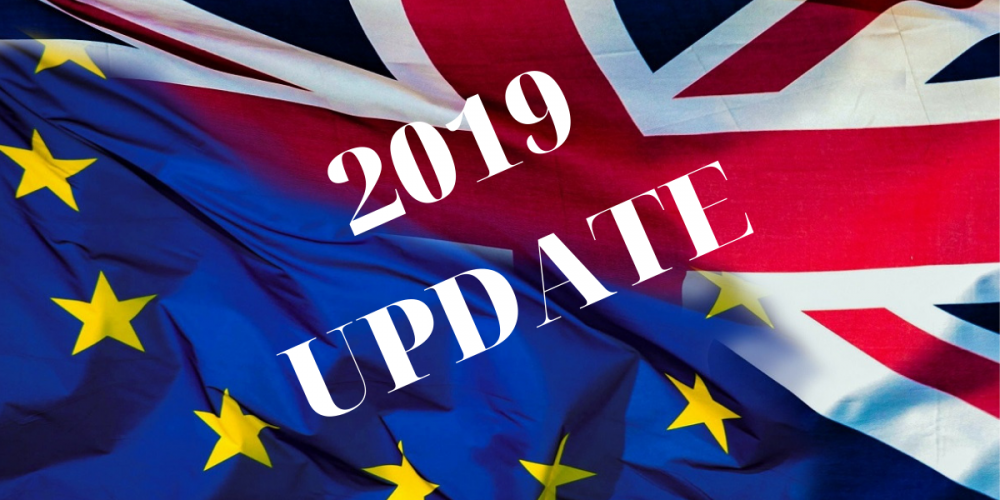 On June 23rd 2016, the British public voted to leave the European Union. Now it’s March 2019, and the departure date is looming without an (agreed upon) divorce deal in sight.

One thing's for certain – whether you love it or hate it - there’s no getting away from Brexit.

Shortly before the 2016 referendum, and long before Brexit fatigue set in, we published a blog post gathering the EHS community's Brexit consensus. You can read the full post here, but in summary:

Now, almost three years later, let’s look at what did, and did not, come to fruition.

The EU seeks to deregulate across the board

In an SHP Online article, senior EHS consultant Richard Clarke argued that the daily responsibilities of UK EHS professionals trickled down from EU set legalisation. However, he acknowledged the EU’s moves towards deregulation – the Regulatory Fitness and Performance Programme withdrew 53 legislative proposals in 2014 – and wondered if the UK would keep existing EU EHS regulation in the event of a Brexit.

According to HSE, the erasure of EU references were the only changes to UK regulations. In regards to legal requirements and their protections, there will be no changes. Furthermore, HSE empathised that Brexit should not change UK employers’ heath and safety commitment.

This is pretty much what enterprises were after. One survey found 97% of companies have no desire for immediate changes to EHS regulations. The remaining 3% wanted to return to pre-EU EHS standards.

Brexit’s impact on the ‘gold standard’

Nonetheless, many of Britain’s EHS regulations have EU roots. In fact, between 1997 and 2009, 41 of the 65 new health and safety regulations originated in the EU.

Yet, several Brexit-supporting MPs want to cut the EU ‘red tape’ – including health and safety regulations. Particularly the Working Time Directive, which guarantees staff breaks and a cap on excessive working hours. As we know, fatigue from lack of breaks and stress from overworking can increase errors and reduce efficiency.

However, as we mentioned earlier, HSE declared minimal changes to UK health and safety legislation as a result of Brexit, so it’s unlikely this will happen.

Brexit would allow the UK to choose regulations

In the run up to Brexit, one survey found 57% of EHS professionals viewed Brexit as an opportunity to alter UK safety standards aligned with UK conditions.

Kevin Bridges, a partner at international law firm Pinsent Masons, argued in Health and Safety at Work that Brexit will effectively give the UK government power to deregulate. He also notes non-EU countries’ health and safety legislation: Norway follows the Framework Directive – just like EU countries – and Switzerland’s EHS regulations are very similar to the EU’s.

Have the UK chosen their own regulations?

As we’ve established, the UK has a decent track record in health and safety. Moreover, it enormously pre-dates Britain joining the EU; for example, the 1833 Factories Act improved working conditions for children.

Worryingly, a no-deal Brexit – still not off the table – means “the UK would not be legally committed to medium or long term regulatory alignment with the European Economic Area.” In theory, the UK government could cherry-pick EU EHS regulations to keep.

However, the UK will maintain EU trade, therefore consistent EHS regulations are necessary. “As UK organisations will want to continue trade with Europe, it will be in everyone’s interest to maintain the status quo,” said Richard Jones, the Head of Policy and Public Affairs at IOSH, at the 2016 Safety & Health Expo.

“IOSH will continue to promote agreed international standards and to defend against any erosion of health and safety protections.”

Any changes would not be immediate

The general 2016 consensus within the EHS community was that even if the UK votes to leave the EU, no changes will be immediate. As Citation wrote at the time: “Whatever the result, nothing will change rapidly in terms of UK law.”

You got that right

At time of writing, there’s little over month until Britain officially leaves the EU. However, Prime Minister Theresa May is yet to present a deal the government agrees on. An Article 50 extension is a possibility – further drawing out the leave process – but so is a ‘catastrophic’ no-deal Brexit and a second ‘People’s Vote’ referendum. Plus, illustrating parliament's disagreements even further, a bunch of Labour and Tory MPs quit their parties to form the Independent Group – whatever that means.

In the world of EHS, the impact of Brexit is unlikely to be felt too soon, if at all. The UK’s reputation for health and safety – gone mad or not – is deep-rooted. While the threat of deregulation lingers until a Brexit deal has won parliamentary vote, the UK’s EHS ‘gold standard’ is unlikely to go down the drain.