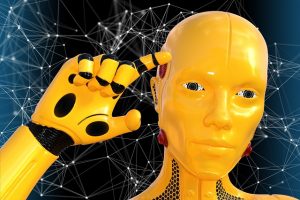 "The idea that just because humans are the smartest animal, anything that is intelligent will become a person is broken. That's like thinking any animal that becomes fast will turn into a cheetah."
Joanna Bryson, Bath University

I am a child of the 80s, so I grew up with robots on TV and in film. Short Circuit, Transformers, Robocop… even Rocky had a robot butler (definitely some shark jumping here methinks). The thoughts of such advanced technology being part of everyday life was mind-blowing to the younger me. However, it is clear that technology has advanced to such a stage where the possibility of robots being at our beck and call is just around the corner.

Think back even a few years, would such concepts as Siri or drones be conceivable, at least as part of our everyday lives? Probably not. In fact, it is still quite hard to comprehend at times (the rapid advance of technology AND why Rocky needed a robot butler). For EHS, it is even more intriguing. How can this technology help those who need to work safely on a daily basis? A few broad questions instantly came to my mind...

Should we show optimism or pessimism towards AI?

There seems to be a big swathe of opinions regarding AI and its various pros and cons. Elon Musk, the man behind Tesla and those electric cars we mentioned earlier, said that AI was potentially more dangerous than nuclear weapons. Even Stephen Hawking said that AI could spell the end of the human race. Big names making big predictions (No one has asked for mine, yet). But should we actually fear AI or embrace its forthcoming? The founding editor of Wired Magazine, Kevin Kelly says:

“The AI on the horizon looks more like Amazon Web Services — cheap, reliable, industrial-grade digital smartness running behind everything, and almost invisible except when it blinks off.”

These are differing views. Certainly the outcome depends on your thoughts on whether a computer will ever be as ‘smart’ as a human being. 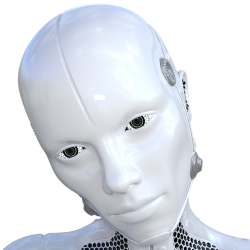 So, where lies the optimism and pessimism relating to EHS? Well, it could mean a reduction in the human workforce. AI is expected to replace 30% of all jobs in the next 9 years: so if a machine works more safely in a role than a human, for longer, and is more cost-effective, it surely makes sense to replace that human? For EHS as a whole, with technology improvements in such areas as software (including business intelligence) and hardware, it can only mean a good thing.

Will we ever trust robots?

Take Siri, for example. It (Siri does not have a gender) doesn’t make decisions for us that are life or death. In fact, its answers are often laced with such cutting sarcasm that only a human could have written them, and therefore the logic behind the answers it gives doesn’t really matter. We take it at face value that Siri has arrived at the correct decision to our banal question. But what if Siri did make these big, life or decisions – would you fully trust its answers?

As highlighted in our previous article, Tesla has a better safety record in their driverless cars (130 million miles accident free) compared to the average in human driven cars (94 million miles US, 60 million worldwide). In medicine, some robot procedures outperform humans in terms of quality, mistakes and consistency. Humans are quite happy to board a plane flown by a complete stranger (who ultimately has free will) as opposed to a system specifically designed to carry out a single task. It is interesting that roboticists spend so much time working with psychologists and sociologists when developing their technology - clearly there is still a lot of work to do to convince people about the benefits of AI in everyday life. 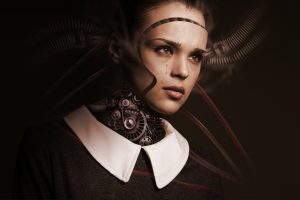 Potentially, the safety of thousands of people could be in the hands of a machine. Selmer Bringsjord, a cognitive science professor, argues that robots need to know the difference between good actions and bad actions; however, he also claims that it is hard to do so because there are often so many variables in every single situation. The Google driverless car can recognize risks such as cyclists or potential hazards – but humans also have logic and intuition, which are very hard to ‘teach’ to a computer system.

Near-miss reporting, which is key in reducing accident rates, could be left to machines. If the ability to notice something before it happens could be programmed into the machine, it could save businesses money and ensure proper training is given in lapse areas to human colleagues. Of course, explaining “what if” to a machine is a difficult concept, but with the advance in technology, this day will no doubt come. Ultimately, people will either need to trust, or learn to trust, AI to keep them safe in the workplace.

Will AI change the world? 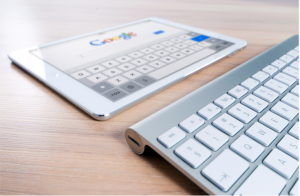 Put simply – it already has. The world is investing heavily in AI – one researcher found over 2500 startup companies dealing with artificial intelligence. Interestingly, she also noted that they were shifting away from general technology platforms to work on specific business problems. It would be easy to see why those who work in construction or oil and gas (for example) might wish to use AI to tackle specific issues in drilling, building or digging – be it BI analysis or more physical labor intensive roles. Of course, most investment in AI is done by companies who have the time (and money) to work on developing the technologies long term, or can better push for regulatory changes – of the 2500 companies above, Google now owns around 10% of them. AI will change the world, as the finances and the backing is there to ensure it will.

People fear AI in terms of job losses, and there are those who are genuine technophobes (my auntie still doesn’t own a mobile phone, for example), but there is no doubt AI can also make humans smarter and better at their jobs too. People fear AI because of a rationale that if something becomes intelligent it attempts to take over. As Joanna Bryson from Bath University states, there are a lot of intelligent people in the world already who aren’t trying to take over the world.

For EHS, there are multiple areas where AI will change things for the better. Imagine a robot carrying out tasks in construction – near misses and accidents would potentially be zero because of the lack of human errors (dropping something, deciding to answer the phone at the wrong time, coffee breaks). Of course, there needs to be both innovation and governance going forward – OSHA has some guidance on robots, but obviously this does not include autonomous workers at this time. I think regardless, the advance of technology can only help humanity (including EHS!) – perhaps ultimately we will wonder how we ever lived without it.